Contract vs. Letter of Consent: What’s the Difference? 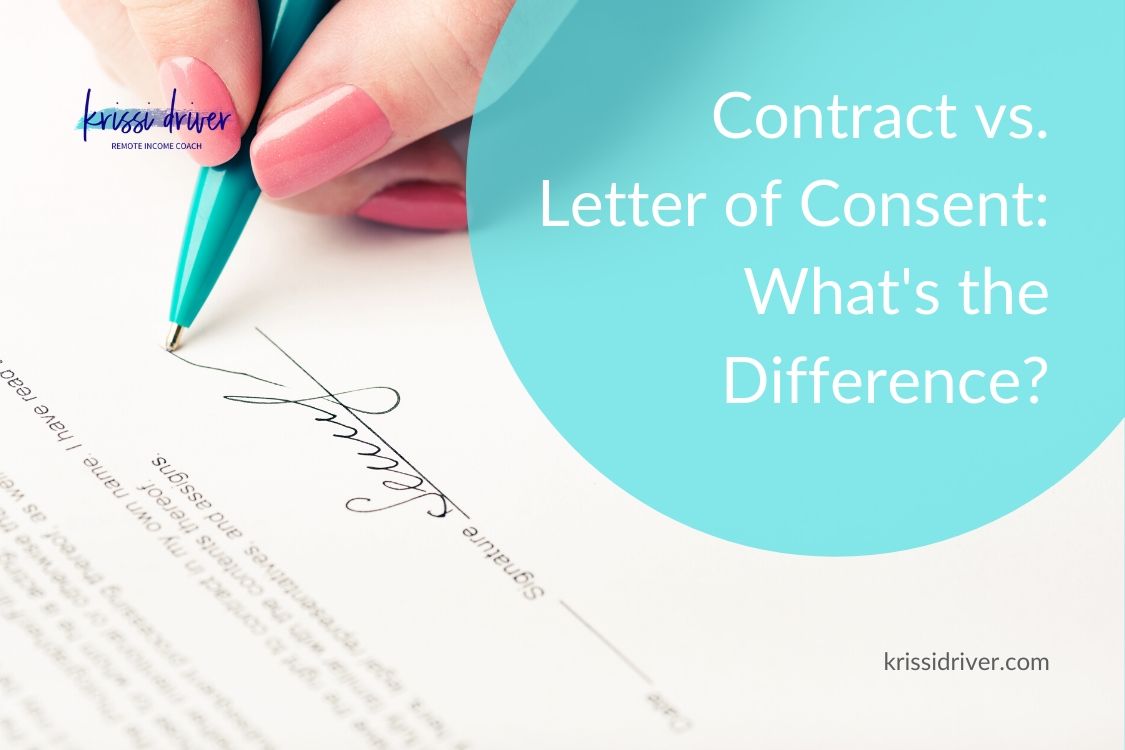 Let's play a compare and contrast game – a contract vs. a letter of consent. Are they the same?

If you’re new to the world of freelancing, you might come across the term “letter of consent” while negotiating an agreement. A letter of consent is one way for freelancers to document an agreement with a new client, but is it the best one? How does it measure up to a legal contract?

Here’s what you need to know.

What is a letter of consent?

A letter of consent is an informal agreement between two parties. Where contracts are legally binding, letters of consent, or agreement, are not.

Letters of consent are common in situations where there needs to be only a casual acknowledgment of agreement that something is taking place, usually when the stakes are low.

For example, a letter of consent for a freelance writer might contain the names of both parties, the nature of the tasks assigned, and the method of compensation.

Usually, letters of consent are not used in a setting where money is changing hands. While it helps to have an agreement in writing, the client is not legally obligated to follow through on the terms, so you could very easily end up not getting paid for your hard work.

If you’re a freelancer and a potential client wants you to agree to a letter of consent rather than a contract, think twice. The terms of a letter are not enough to protect you if the working relationship goes south or your client refuses to pay. If you intend to get paid for your work, you should consider a contract instead.

What is a contract?

A contract, on the other hand, is a formal agreement between two parties that lays out the terms and conditions of an agreement. Legally, a contract must contain several elements: A purpose or offer, mutual acceptance of the agreement, the promises each party is offering, and the material terms and conditions, such as payment and deadlines.

The contract must also be signed by freely consenting adults in their right minds. While a contract must follow a much more specific format than a letter of consent, it’s also legally binding, meaning it offers you recourse if your client does not fulfill their end of the bargain.

There are many templates online to help you draw up a contract if needed. Contrary to popular belief, a contract doesn’t need to be written or approved by a lawyer to be valid. Of course, if you can have one look it over before you sign, that’s awesome! If not, just be sure to read through anything a client sends you carefully to make sure you agree to the terms.

A Contract vs. Letter of Consent

Letters of consent are okay when you’re doing pro-bono work where no money is being exchanged. As long as there are specific parameters in place to determine the amount of work, type of work expected, and what is being offered in exchange, a short letter between the two parties should be fine.

For example, if you agree to do some work for a client in exchange for promotion or a good reference, a letter of consent is likely all that’s needed. There is still a possibility that one party will not follow through with the agreement, but there is much less at stake than there would be with a paying job.

When we're talking about actual work for money, however, the safest bet is to go with an ironclad contract that explicitly lays out the work being done, the timeframe it will be done in, whether or not there will be edits made, and how those edits can be requested and returned. You should also cover consequences for nonpayment, such as a late fee for missing an invoice.

If a client doesn’t pay, you’ll have wasted valuable time that could have been spent on other, more lucrative projects. Even worse, one missed payment can be the difference between paying bills or struggling to get by for some freelancers.

At the end of the day, contracts offer much more protection for freelancers than letters of consent. As much as we all want to trust our clients, nonpayment is unfortunately a very real issue for freelancers across a variety of industries. Always insist on a contract when completing client work. It’s better to be safe than sorry! 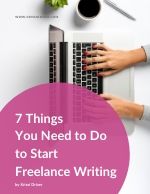 7 Things You Need to Do to Start Freelance Writing

Download my free ebook, 7 Things You Need to Do to Start Freelance Writing, and follow the steps to jumpstart your own freelance writing business.

By downloading my ebook, you will be subscribed to my email newsletter. You can unsubscribe at any time.

7 Things You Need to Do to Start Freelance Writing

Download my free ebook, 7 Things You Need to Do to Start Freelance Writing, and follow the steps to jumpstart your own freelance writing business.

By downloading my ebook, you will be subscribed to my email newsletter. You can unsubscribe at any time.